All in for Cat Health with the Winn Feline Foundation 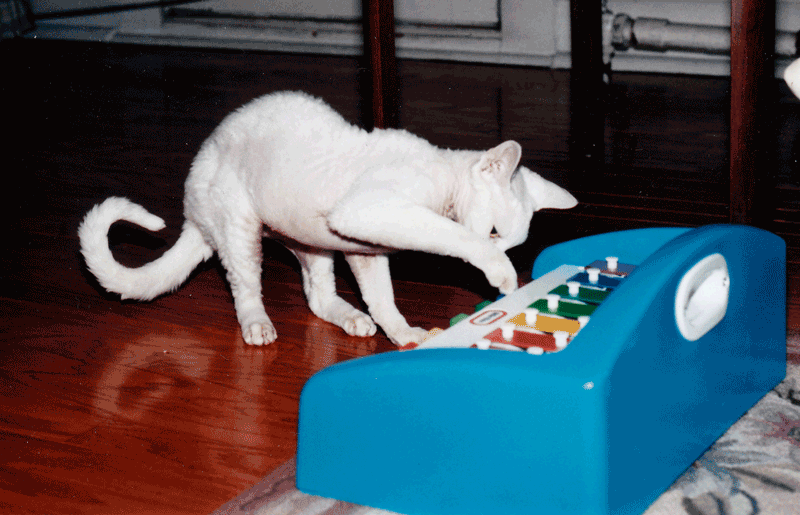 In Las Vegas on March 10, 2017, fifteen dedicated Winn Feline Foundation volunteers, all experts in their fields, came together for a day of intensive review of nearly 40 research grant proposals. The final result was an excellent slate of ten grant awards totaling $216,017, Winn’s largest funding total ever in a single review thanks to generous donor gifts. And where will this money go? Because Winn was founded almost 50 years ago to support the best cat health studies and provide outstanding scientific, evidence-based feline medicine, what happened in Vegas, won’t stay there.

Steve Dale, a member of the Winn Feline Foundation Board of Directors, and founder of the Ricky Fund, shares just one example of why and how Winn’s mission is so important to the future of cat health:

Here’s a trivia question: What’s the number one cause of death in (indoor only) cats from the age of around two years to eight to ten years? No one really knows because there is no CDC for pets, but it’s likely a kind of heart disease called feline hypertrophic cardiomyopathy (HCM). For sure, we do know that HCM is the number one cause of sudden death in cats. And we know HCM is the most common heart disease in cats, and there is no treatment.

I had a cat who changed my life, named Ricky. He succumbed to HCM in 2002. Back in the day, Ricky was a sort of TV star, appearing on shows including National Geographic Explorer, CNBC; Pets: Part of the Family, PBS, on a Canadian TV show called The Pet Project, and many other national programs including about every local TV station in Chicago, where I live, as well as appearances on WGN Radio.

That’s because Ricky played the piano. You read that right, a little kid’s piano. And he loved, just loved to appear in public. He could also jump through hoops; jump over dogs on a down/stay, one by one by one; jump over little kids the same way; offer a “high four,” sit when asked to and come when called.

Today, YouTube videos are filled with cats doing tricks, and Samantha Martin is touring the country with her performing Acrocats. But back then a cat going out into the world and doing “tricks” was considered an oddity.

Perhaps, as a result of us working together, Ricky and I had an extraordinary bond. He slept under my armpit every night, greeted me at the door and frequently spoke to me. He also seemed to read my mind.

During one routine veterinary exam, the veterinarian heard a murmur, and it turned out not to be routine after all. A veterinary cardiologist confirmed on an echocardiogram that Ricky had an enlarged thickened heart muscle, a condition known as HCM.

Cats with HCM often do live out normal lifespans, even asymptomatic, and ultimately die at a ripe old age of an unrelated problem, like of kidney disease or a cancer.

However, many cats with HCM may develop an aortic thromboembolism, or “saddle thrombus”. This is a serious condition. In the affected cats, a thrombus (blood clot) affects the blood flow to the hind legs of the cat, and the effects are literally paralyzing. It’s painful, but can be treated as an emergency. Cats do regain movement of their legs again. The problem is that, typically, once this occurs it will happen repeatedly. Not only does this cause the cat great pain, but repeated emergency visits get costly. Sometimes the events worsen with each occurrence, and along the way cat caretakers often choose to euthanize.

Some cats with HCM go into heart failure, a condition that requires supportive care and drugs. Cats can live with heart failure for a time but, ultimately, their quality of life diminishes, and they are typically euthanized.

Or cats with HCM suddenly die. And that is what happened to Ricky. For several weeks his health seemed to be waning, but then one day he just dropped. And that was it. I screamed at the top of my lungs while driving as fast as I could to the veterinarian, but nothing could be done.

I know from reading the email and, at that time, “snail mail” that Ricky touched thousands of human hearts, changing their image of the potential of what cats can be. But to me, he was simply my best buddy ever. No dog will likely ever fill the place in my heart that Ricky lived in.

I thought then, “this has to stop; we need to do something about HCM.” So, I launched the Ricky Fund with the non-profit funder of cat health studies, the Winn Feline Foundation. We’ve raised almost $145,000 in support of the Ricky Fund while funding research grant awards to researchers of HCM and heart disease of almost $118,000.

As a result of the Ricky Fund, there is good news.  A genetic test (inexpensive simple cheek swab) for Ragdolls and Maine Coons (with more breeds potentially to follow), may detect a gene defect that causes the disease, so breeders can take this information into consideration before breeding.

While any advance is good, far too many cats continue to die. Once diagnosed there is really no treatment – we need to stop this. Please help by supporting the Ricky Fund – especially if you’ve had a cat or know someone who’s had a cat with HCM. Even a small donation can make a big difference.

To learn more about the Winn Feline Foundation, its history, dedication to the future of cat health, and all of its available resources and programs, visit winnfelinefoundation.org.