Top 4 Questions Veterinarians Have About Pet Boarding and Daycare

Pet Safety: Are You Asking the Right Questions? 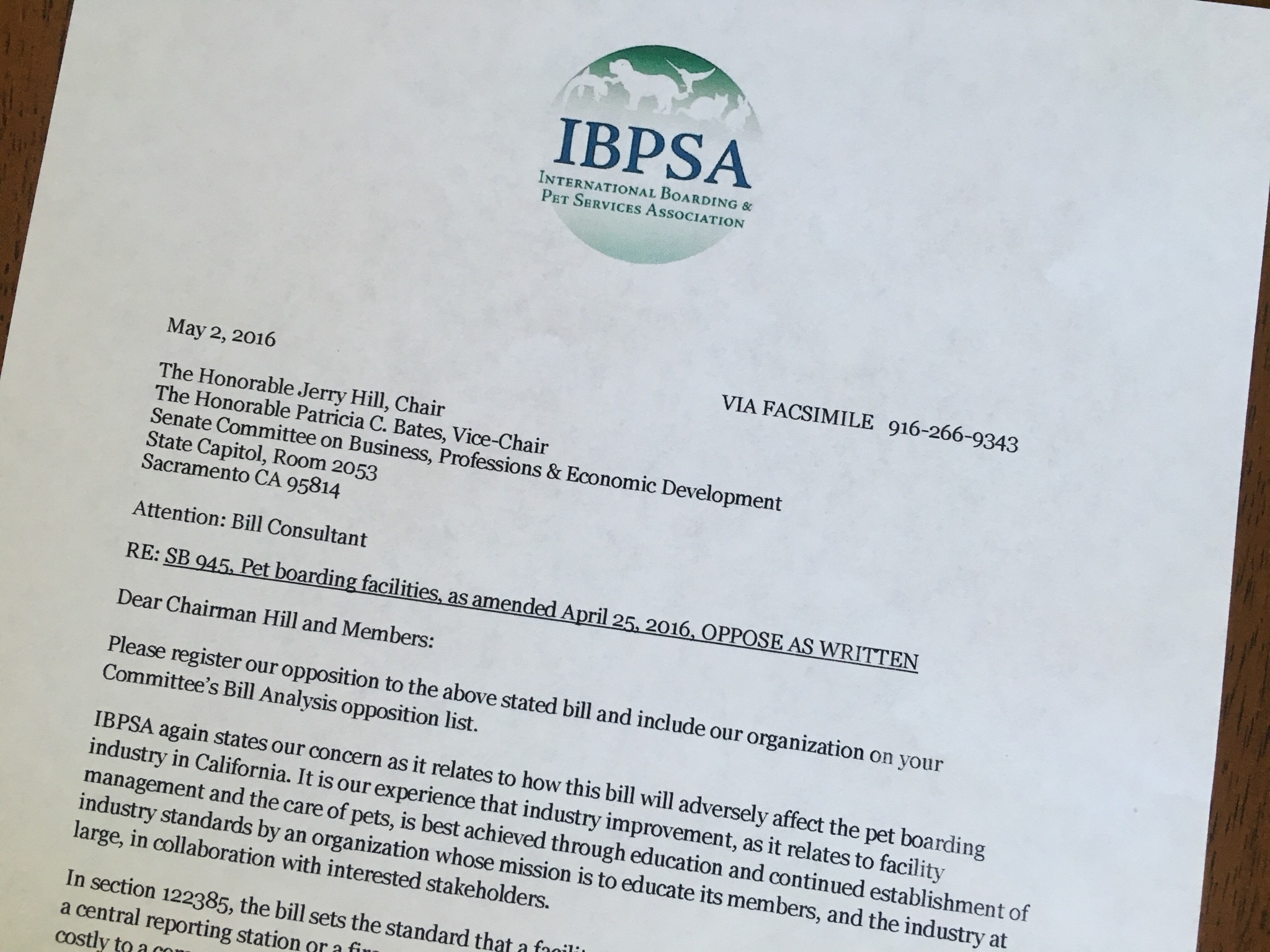 IBPSA is committed to providing our members with legislative support and staying abreast of industry-related legislation, allowing our members to focus on making their business a success. A recent effort in this regard has been IBPSA’s opposition to California Senate Bill 945. While the spirit of the bill was arguably to create safer environments for pets in pet care facilities, ultimately, we believe the good intentions of this bill could lead to unintended and unfortunate consequences, from both a financial and safety standpoint, due to a lack of industry knowledge, insight, and guidance.

The bill, as written, lays out standards and guidelines for pet boarding facilities, currently defined in this bill as “any lot, building, structure, enclosure, or premises whereupon four or more dogs, cats, or other pets in any combination are boarded for compensation.” It does not include shelters and local government animal control. To read a current version of the bill, visit the California Legislative Information website.

IBPSA has been working on its opposition to this bill for weeks now and, recently, we sent our California members our latest opposition letter, but wanted to make sure all of our members were aware of the situation. Below, please find links to PDF versions of our opposition letters written in response to the bill as it is amended. We will keep our members apprised as to the bill’s progress.

NOTE: legislative updates, actions needed, and who will be impacted now…and later are on the agenda for this year’s IBPSA Pet Care Services Conference and Trade Show. Registration is now open with Earliest Bird rates in effect until end of May. Don’t miss it!